The Alsamora Tower stands at the foot of Montsec d'Ares, to the east of the Mont-rebei gorge. This is a typical border castle form the 11th century, with all its elements. The round tower which was surrounded by the walled enclosure is remarkable in this construction. To access the tower we need to go to the east side and go over a moat dug in the rock. 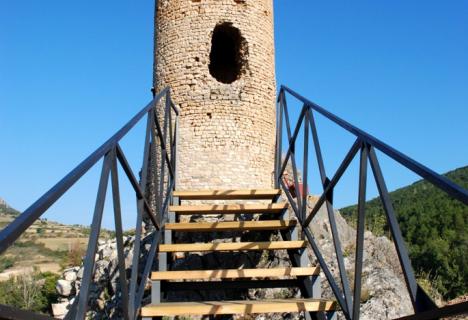 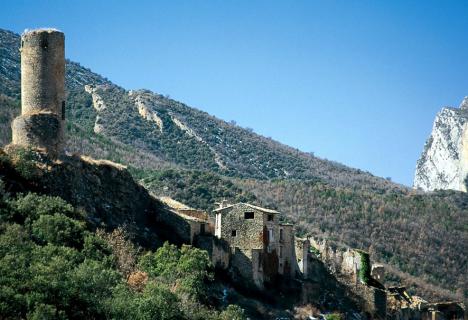